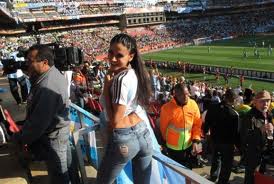 When I stepped off that plane in Buenos Aires I was greeted by a taxi driver named Juan. His English wasn’t the greatest and his taxi was a run down tiny bomb. The center console’s radio had struck eight a.m. as Juan’s mobile office blared tunes I’d call Argentinean rap. Although, Juan called them, ‘Reggae-tone.’

I indicated to Juan I’d like to go to ‘El Centro,’ clearly marked on my paper map. ‘Si, Señor,’ said Juan.

During the journey we passed a diverse range of buildings, from gray paint-deprived concrete boxes, to elegant historical buildings with a European flavor. Juan had a crucifix hanging from the rear-view mirror, which made me feel I was in good hands. On the car’s dashboard was a photo of Juan with two curly-haired children in football outfits. Juan was around 29 years old, a similar age to me, and very informative.

I bought my air-ticket to Argentina the night before I flew out of Australia. I’d quit work commitments, busted up with a girlfriend, or maybe she busted up with me – I don’t recall … My grandmother, who raised me, passed away, too. I was chasing travel therapy. I’d been to Italy before, four years earlier, around the same time Juan started his family, judging by the photo. Now, Argentina was my cheaper alternative to Italy.

We sped through dilapidated barrios of the city. Juan wore Adidas tracksuit pants and a blue hat with gold trim, with ‘La Boca’ written on a small shield on the front. I asked Juan, ‘what’s La Boca?’ So he told me it was an Argentinean soccer team his country’s soccer hero, Diego Maradona once played for.

We sped in and out of aged cobblestone streets, many with scattered rubbish, graffiti and the occasional stray dog. We passed concrete shanty-style homes, which Juan referred to as ‘Villas’, with the comment, ‘you don’t want to go in there,’ as he waved his index finger from left to right. In the villas I observed small brick box homes, each about the size of a camper van. They’d been constructed with brown bricks molded together by grey concrete, which had never seen paint. The box-style homes were lined up side-by-side, making a small community for the poor. I checked our taxi doors were locked then placed my hand on my roller suitcase.

Juan was nice enough to give me a broken-English rundown of Argentina’s history during the trip. ‘Many Argentineans came from Italy,’ he told me. I said, ‘My grandmother’s from Malta.’ But Juan just gave me a blank stare … He then went on to tell me about his country’s President, Cristina Kirchner, and mentioned there’d been a large protest in ‘Plaza Major’ the day before I’d arrived. I’d been ignorant about Argentina’s economic issues in the past and couldn’t work out if Juan was for Kirchner, or against her. At times he appeared anxious while discussing his country’s economy. So I tried to defuse the topic and asked him if the president was pretty. Juan didn’t reply, and went on to tell me that eight years earlier – 2001 – Argentina saw an economic meltdown which stripped investments in Argentina – slashed their values to a quarter of the original value. According to Juan, the Argentinean peso was worth one peso to one American dollar. Then, overnight the peso was devalued, so the new value became four pesos to one American dollar – from equal to one dollar to one quarter. This turned Argentina’s economy upside down and allowed my Argentinean travel to be more economical than Europe. However, it had the opposite effect for the Argentines.

As we arrived in Buenos Aires’ business center, the traffic congestion had increased. The city was coming alive and beginning to show signs of its densely packed metropolitan population – 15 million people. I hadn’t booked accommodation; I assumed I’d stumble on a hotel due to city’s size. Various landmarks had been marked on my printed map, including a hotel, so Juan escorted me there. When we arrived, the hotel was closed. We’d parked outside an abandoned building, which had an old sign for the hotel, which was no longer there … Juan looked at me deadpan, shrugged his shoulders and said, ‘Ciento treinta.’ I looked at the centre console’s clock – 8:40 a.m. – then asked Juan ‘Where’s your meter?’ Juan pointed to a small machine, which was not activated, near a sun visor above my head.

Even if I knew what his Spanish number meant, something I hadn’t thought of was, what’s the peso exchange rate today? I sat with bills in my hand without the faintest idea of how much the bills represented. I was left to go by Juan’s rates from the previous economic crisis – eight years earlier. So, I handed over each bill individually, while monitoring Juan’s body language. Then, Juan reached into his waist bag for change. I took the bills he handed back. Then stepped out of the taxi without the haziest idea of our financial exchange.

I found myself on a random street in Central Buenos Aires, wheeling an upright travel case, observing a street with similar style buildings to those you’d expect to see in an aging city with Spanish and Italian influences. I walked uneven stony footpaths looking for hostels. I observed anxious drivers and people in business suits who gave the impression the city was just waking up. It appeared there’d been a rock concert the night before: I walked by a group of heavy metal youths, with nose piercings, black clothes and punk-style haircuts. All of them had drowsy eyes, and they were passing a large brown bottle of beer between them.

I spotted foreigners – three blonde girls – walking with backpacks. I followed them, then saw they each had blotches of white cream smeared on their backpacks. One of the girls was a little standoff-ish; her name was Annki. They were Swedish. The girls explained a stranger put ice-cream on Annki’s bag, and another unknown person offered to help her clean up the ice-cream. Then Annki’s backpack pocket was slashed and cleaned out. It was my clear English and suitcase which earned the girls’ trust and persuaded them to talk with me. I told the girls I’d accompany them to their hostel and they could stay close to me. We walked for the next three blocks, then arrived at a hostel address the girls had gotten previously.

After settling into my hostel, I decided to be alone. The hostel was arranged over four levels, but each level had a rectangular balcony running through the middle, allowing visitors to look down from the highest level, through the central well of the balcony to the first floor. There was a shaky old elevator working between levels. You could see it working as it travelled between floors. It was contained in an antique metal crate, similar to a shark cage, but with stylish, black, old-fashioned bars. The hostel was in a historical building which resembled an old-fashioned Spanish Church. I put my bag in a locker and eagerly stepped out to explore the city. My priority was to find a money exchange and discover today’s exchange rate, except I got side tracked … I was tired from the flight, but I hadn’t traveled to Buenos Aires to catch up on sleep. I recall walking the pathways where street vendors stood outside entrances trying to coax me down stairs beyond their doors – I was resistant at first. After passing close to five persistent hawkers I put myself on autopilot – I went down the stairs.

The bars were not well lit and not too many girls were dancing. I hadn’t any idea of the system, or how to get out of there. I have to say, though, some pretty girls danced in front of me and I saw a pair of the nicest boobs I’d ever rested my face between.

What a perfect way to learn Spanish! Next, I ordered a beer. After taking two or three sips, I was approached and asked if I’d like to buy two dancers drinks. I hadn’t a clue what a drink was worth, but two girls, two drinks, how bad could it be?

‘Dos cervezas for the girls,’ I replied.

The two beers arrived, two girls kept dancing, my beer got lower and I was asked for cash. I slapped a couple of 50 peso bills on the counter, and an aging bar girl held it up to a light.

Two Argentinean security guards moved in tight. I stood at the bar confused. The bar girl grabbed another 50 peso bill from her register and did the same inspection using the light from a cell phone. She showed me a shadow of a head in the note silhouetted against the light.

‘No es falso!’ she said, as she waved her index finger from left to right. I inspected my 50 peso bill, with her mobile phone, but no head showed … I now had no money, no Spanish, and two Sylvester Stallone look-alike guards breathing down my neck. I checked the distance from me at the bar to the exit staircase. There were fluorescent lights and a smoke machine blurring vision. I could’ve reached the stairs within a couple of seconds – provided nobody laid a hand on me – but I turned to butter; I pulled out my MasterCard. I stood there attempting to pay, thinking Juan must’ve pulled a fast one on me with those fake bank notes. I then tried to enter my MasterCard’s security pin, only to find the transaction was declined; I had forgotten to inform my bank I was travelling to Argentina … Shortly after this I found myself being escorted up the stairs, with ‘Cynthia’ and ‘Clara’, to a neighboring ATM. I’d pulled out another bank card to prevent a scene down in the dungeon bar, but mentioned I needed a bank. We were now out on the street with people walking by in business clothes, then me, accompanied by two girls wearing strip attire – tight denim shorts, knee-high white leather boots and a halter. As I stood at the ATM with a stripper to my right and stripper to my left, my jetlag kicked in. I planned to run if that card was rejected; I had no intension of going back down to the bar with those tough guys.

There must have been a little angel at that machine that day, ’cause those magic bank notes came out. I paid Cynthia and Clara. Then, walked back to my hostel. I tried not to think about what I’d spent in the first three hours. I suppose, you could say I got off to a ‘Rocky’ start. When I arrived back at my hostel, Annki and her Swedish crew were heading out with a pocket-sized travel guide. They mentioned they were off to see a famous cemetery, where ‘Eva Peron’ was buried: ‘Recoleta Cemetery.’ They’d read it was nice, was near parks and a museum. ‘Who’s Eva Peron?’ I replied. But they just shook their heads.

They say you learn from your mistakes … I’d have to say I agree. I’ve been in South America for five years now. My close friends here jokingly call me ‘gringo experto,’ but the reality is, I’m still very green.