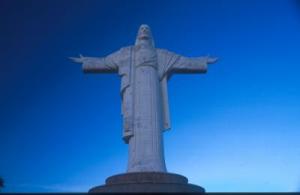 Cochabamba is the second largest city in Bolivia and home to two million people, with an extra million living in the Metropolitan area. The city is surrounded by mountains and is in the centre of Bolivia, around 240 kilometers from La Paz. It is a location known for its spring-like temperatures. The residents of Cochabamba are known as Cochabambinos and they have many attractions to see during your travel to the city.

Cochabamba is a city on the move and, being a major city in Bolivia and South America, the economy has experienced vast growth in recent years. The city is an economic hub of the country and, thanks to Bolivia’s promising agricultural and mining ventures, the prospects for Cochabamba’s future are optimistic for years to come.

As with any major city in South America, you will find many things to tickle the taste buds of even the most knowledgeable traveler. You will find the central commercial district around Plaza Colon and Plaza 14 de Septiembre. There is a good selection of restaurants and cafés near here. If you’re after nightlife, you’ll find an energetic crowd near Calle España and also along El Prado. The city generally becomes more affluent once you travel to the north of the city and the poorer areas are to the south.

Cristo de la Concordia is a must-see during your stay in the city, and is a bit taller than Christ the Redeemer in Rio de Janeiro. Until 2010, Cochabamba was home to the largest standing statue of Jesus in the world, although that title has now been taken by the one recently erected in Poland. As well as this statue, there are many museums in the city to keep you occupied. A favorite of many visitors is the Museo Archeologico, where you can find mummies and human skulls.

Spanish is the most widely spoken language in Cochabamba, although, like any prominent city in South America, in the well-off areas you can expect the occasional English speaker. But don’t expect to get by hassle-free without basic Spanish.

The city is home to Jórge Wilstermann International Airport (CBB), which has good links to travel in and out of the city and on to most places with simple connecting flights. Once you arrive in Cochabamba there are many budget options for accommodation and some of the cheaper selections that can be found in any South American city. The city also has high-end accommodation to suit the fussiest of travelers.

One thought on “Cochabamba: Bolivia’s City of Eternal Spring”